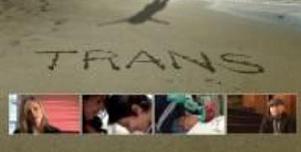 Winner, Best Documentary at Philly Q Fest, “TRANS” is an up-close and very personal journey into the transgender world through the memorable stories and the unusual lives of a remarkable cast of characters.  It begins with the story of Lt. Commander Christopher McGinn, a Navy flight surgeon selected by NASA to serve on two space missions. But, upon her discharge from the armed forces, Chris McGinn would set out upon a different mission…from which she was never to return.  Now Dr. Christine McGinn is able to tell her own amazing story, (picked up by the media on both MSNBC and the Oprah Winfrey show) and provide an entrance into a complex and dramatic world that is “TRANS.”
Not Rated,1 hr 33 mins

Mark Schoen, PhD began producing sexual health films in 1974.  As an award-winning filmmaker and human sexuality expert, he has produced more than 50 sexual health films that have been broadcast, used in clinical and educational settings, and by the general public. He is author of the award winning children’s sexual anatomy book and video, Bellybuttons Are Navels.  Dr. Schoen has won six prestigious Telly Awards and is an AASECT Certified Sexuality Educator and one of sixteen members on the National Advisory Council on Sexual Health led by former U.S. Surgeon General Dr. David Satcher at Morehouse University, School of Medicine. He also serves on the Board of the Foundation for the Scientific Study of Sexuality.