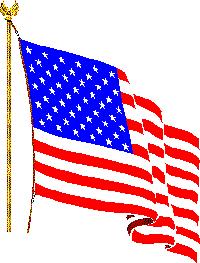 (As taken from Nature.com)

The huge, ten-year-old US program that provides HIV treatment and prevention in dozens of developing countries needs to begin shifting to host-country ownership of the programs, according to an advisory report released today.

The 700-page report, from the US Institute of Medicine, also says that the President’s Emergency Plan for AIDS Relief (PEPFAR), which spent $15 billion between 2004 and 2011, needs to increase its emphasis on HIV prevention, particularly through sexual transmission. “There really needs to be an emphasis on looking at the prevention portfolio, on sexual transmission,” says Ann Kurth, a member of the authoring committee who is executive director of the New York University College of Nursing-Global.  Jen Kates, a committee member who is the director of HIV Policy at the Kaiser Family Foundation, a health policy-focused non-profit in Washington DC, adds, “The critical issue for the future is how to sustain what’s been done.”

Transferring ownership of PEPFAR programs, which were launched in 2003 under US President George W. Bush as an emergency response to a global epidemic, will not be simple, given the diverse constituent countries and their range of health infrastructures and capabilities. “The authors are stuck not knowing what to suggest in terms of transitioning from US funded and run programs to local ones,” said Roger Bate, a health economist who specializes in malaria and HIV/AIDS at the American Enterprise Institute, a Washington DC think tank. “There is no doubt that some in Congress will not be happy if more funds go into this field of endeavour.”

The 2008 law that last authorized PEPFAR expires at the end of the 2013 fiscal year. It required the IOM assessment released today. Congressionally-authorized programs can, and often do, continue to operate in the absence of authorizing legislation if Congress is willing to fund them in its annual spending laws.