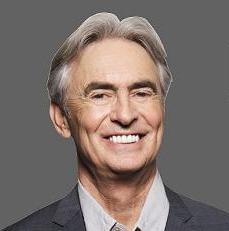 “David Steinberg: Might Be Something Big…Might Not”
Two Nights Only!   At The Bucks County Playhouse, New Hope, PA

Comedian David Steinberg whom The New York Times called “a comic institution all by himself,” performs for two nights only at the Bucks County Playhouse.  Following his recent sold-out shows at the prestigious La Jolla Playhouse, Steinberg will be work-shopping these two exclusive performances entitled,  “David Steinberg:  Might Be Something Big…Might Not”  in New Hope on Friday, May 10 and Saturday, May 11, 2013 at 7:30 pm.

Tickets go on sale February 11, 2013.  Ticket prices are $36 and $48.  To order, visit www.bcptheater.org  or call 215.862.2121.
Steinberg is no stranger to the world of comedy.  Having appeared more times (140) than any guest other than Bob Hope on Johnny Carson’s “The Tonight Show,” Steinberg went on to enjoy great success as a television producer and director for shows such as “Seinfeld,” “Friends” and most recently “Curb Your Enthusiasm.”  He and co-executive producer, Steve Carell are launching season two of their popular Showtime series, “Inside Comedy” which premieres on Monday, February 11, 2013.  Steinberg has also won numerous Grammy and Emmy awards and nominations.  Visit www.TheDavidSteinberg.com for more information
and follow on Twitter @David_Steinberg.