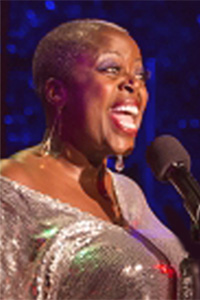 For video, additional Information and tickets go to www.broadwaycares.org/buckscountycabaret

An ultimate Broadway diva, White has brought to life iconic roles in Cats, Once on This Island, How to Succeed in Business Without Really Trying, Chicago and Fela!. She won a Tony Award for Best Featured Actress in a Musical for her unforgettable performance in Cy Coleman’s The Life. Next up, she’ll star in the Broadway-bound musical Gotta Dance, which is scheduled to open later this year in Chicago. White also is the voice of Calliope in Disney’s Hercules, won an Emmy Award for Sesame Street, has performed at The Kennedy Center, Sydney Opera House, Carnegie Hall and Lincoln Center, and toured internationally with her one-woman show From Brooklyn to Broadway.

“Lillias White brings an explosive joy to all she does and never more so than when she steps onto the stage,” said Tom Viola, executive director of Broadway Cares/Equity Fights AIDS. “She is one of Broadway’s powerhouse performers; a delightful, devilish diva with a megawatt smile, luminous eyes and rapturous voice. We are thrilled to have Lillias join us for this year’s Bucks County Cabaret as she has long been one of BC/EFA’s best friends. Lillias’ generosity of spirit lifts us up and informs all that we do. It is our honor to share her extraordinary talent with the New Hope community, most especially those who join us in reaching out to those affected by HIV/AIDS.”

Bucks County Cabaret will begin with cocktails at 5 pm, followed by a 6 pm performance and live auction. An exclusive VIP reception with White will be held after the performance.

The evening will be directed by Will Nunziata with music direction by Michael O. Mitchell. White will be joined by Mitchell on piano, Gary Haas on bass and Buddy Williams on percussion.

Bucks County Playhouse is located in downtown New Hope, which is about 90 minutes west of New York City in the southeastern corner of Pennsylvania.

In the three years the event has been produced by Broadway Cares, Bucks County Cabaret has raised $459,500. Read about last year’s show.